It has been nearly two weeks since the United States Presidential Election, (which felt like the longest day ever, with mail-in votes being counted all the up to Saturday, November 5th) in which after 4 year term of Donald Trump inspiring racists to turn up more than usual, along with him almost getting us into a war, and his administration mishandling of the Coronavirus pandemic, resulted in former Vice President and U.S. Democratic Senator Joe Biden being elected as the new President of the United States.

When the results came in, many people all over the country celebrated, and for a few minutes, even me, because while Senator Biden, and Vice President-elect Senator Kamala Harris were not who I wanted in the White House either, but at least we wouldn’t have White Supremacists, racists and bigots being instigated by someone placed in the highest office in the land. 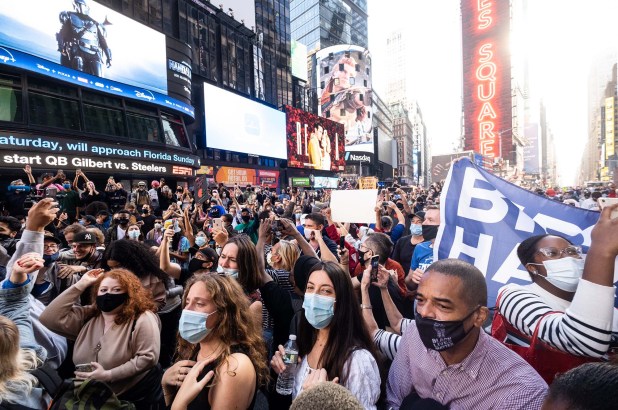 With these things said, there’s still much work to be done in our country. Biden and Harris both have pretty bad track records when it comes to the political dirt of their past (which I wont get into here), however getting Trump out of office via these candidates is only a tiny baby step in the long fight to dismantle systemic racism and white supremacy in America. With the answer of who is clearly going to be our country’s new leaders, there are still many questions that I ask myself: Are Biden and Harris going to try to atone for all of their contributions to our justice system that still hurt many communities of color to this day? Can they, along with Congress and the Senate, actually try to put things in place to improve education costs? The environment?

We’ll have no choice but to wait and see.