In May of 2017, Director Zack Snyder stepped down from post-production of  Justice League due to a terrible family tragedy. In his place, Warner Bros. put famed director/writer Joss Whedon to take over post-production duties along with additional re-shoots with the actors. The finished product was released in November of that year, and proved to be a critical failure. Granted, many people hated the style of Zack Snyder’s DC Comics-based films just as much as a lot of people loved them, but the theatrical version of Justice league is, to this day the least well-received film out of the entire DC Extended Universe. Soon after the theatrical release however, word began to circulate about Snyder’s cut still existing, with somewhere around 80-85% of that version completed.

Over the course of the next three years, a fan-led movement would build amongst many people all over the world for Warner Bros. and Snyder to #ReleaseTheSnyderCut. Despite many fans, movie industry pundits and executives stating that this would never, eventually, even the actors involved in the film such as Jason Momoa, Ray Fisher and Gal Gadot would show their support for this ever-growing movement. All of this support from the actors, and more importantly, a feverishly enthusiastic core-fan base, prompted Warner Bros. to effectively kill two birds with one stone– finally work out a way to give said fans what they want after 3 years of demand (via funding Snyder 70 million dollars to finally complete his vision), and have another way to draw in more subscribers to their streaming service, HBOMax.

Everything that has transpired with this project, from the theatrical release until now, brings to the long-awaited release of Zack Snyder’s full vision of Justice League. This time, instead of being a mix of tones and juxtaposition of writing styles thanks to Joss Whedon, Justice League is now a far more coherent narrative with much better character development, and a greater sense of dread for the world as a whole within the confines of the DCEU, making the Whedon’s theatrical version to be, for me, unwatchable. Also, as you’ve probably heard, the film has a run time of a whopping 4 HOURS.

For those who saw the theatrical cut of the film, the gist is pretty much the same: in the wake of Superman (Henry Cavill)’s sacrificial death in Batman v Superman; Dawn of Justice, Batman/Bruce Wayne (Ben Affleck) regretful over opposing the Man of Steel before the battle with Doomsday, he starts to form a team of metahumans to fight threats too big for one hero. Consisting of himself, Wonder Woman/Diana of Themyscira (Gal Gadot), Barry Allen/The Flash (Ezra Miller), Aquaman/Arthur Curry (Jason Momoa) and Victor Stone/Cyborg (Ray Fisher), this new team gear up to face the earth’s greatest threat– a power hungry other-worldly being named Steppenwolf (voiced by Ciaran Hinds), who is searching for three ancient uber-powerful artifacts known as “mother boxes”. These boxes have world-changing implications for the entire planet.

Here are some highlights of the film formerly known as “The Snyder Cut” for me, from The Good, the bad, and the questionable. (here’s where the minor spoilers begin) Both Ray Fisher (The Astronaut Wives’ Club)’s and Ezra Miller (Trainwreck)’s Cyborg and Flash have much better character development here, especially given Zack Snyder’s original intent of the film, more or less, being centered around around the two of them. We see more of why Victor Stone is in the emotional state that he’s in, by showing his backstory as Gotham City University’s Star Quarterback and the somewhat shitty relationship with with his scientist father, Silas (Joe Morton, Scandal, Terminator 2: Judgement Day), along with the car accident that kills his mother nearly kills him, before Silas uses the mother box to sustain his son’s life, and ultimately, turn his into a powerful living machine. As far Barry Allen, we get more of a glimpse into this brilliant loner’s life with his relentless campaign to clear his father’s name of the murder of his mother, since he didn’t commit it, trying to figure out not only the scope of his speed powers, but also balance that with something that so many of deal with on a regular basis– Adulting, because super powers don’t pay the bills. Also, the seeds of love are planted between him and Iris West (Kiersey Clemmons, Sweetheart, Neighbors 2: Sorority Rising) for his eventual solo film. 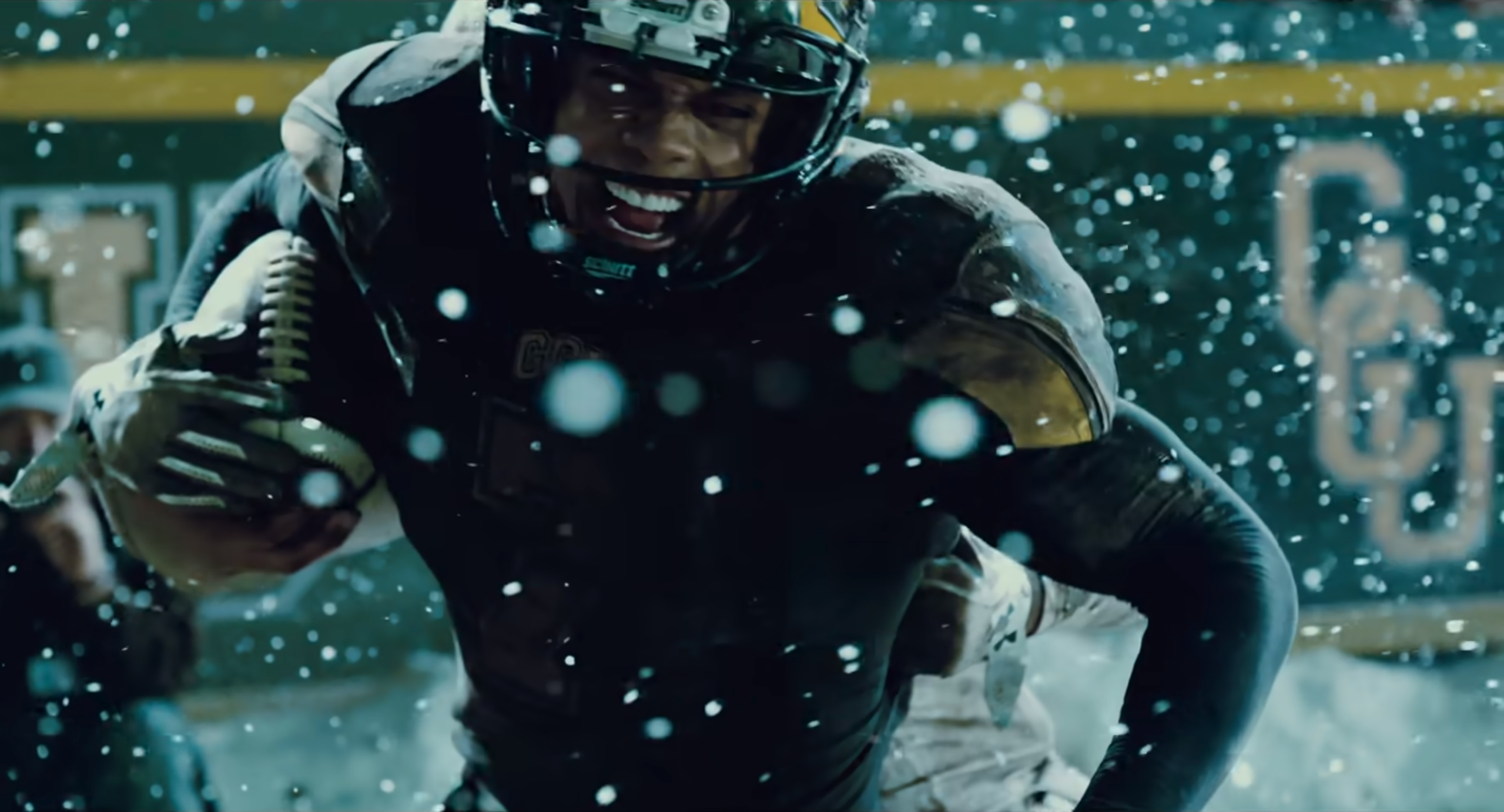 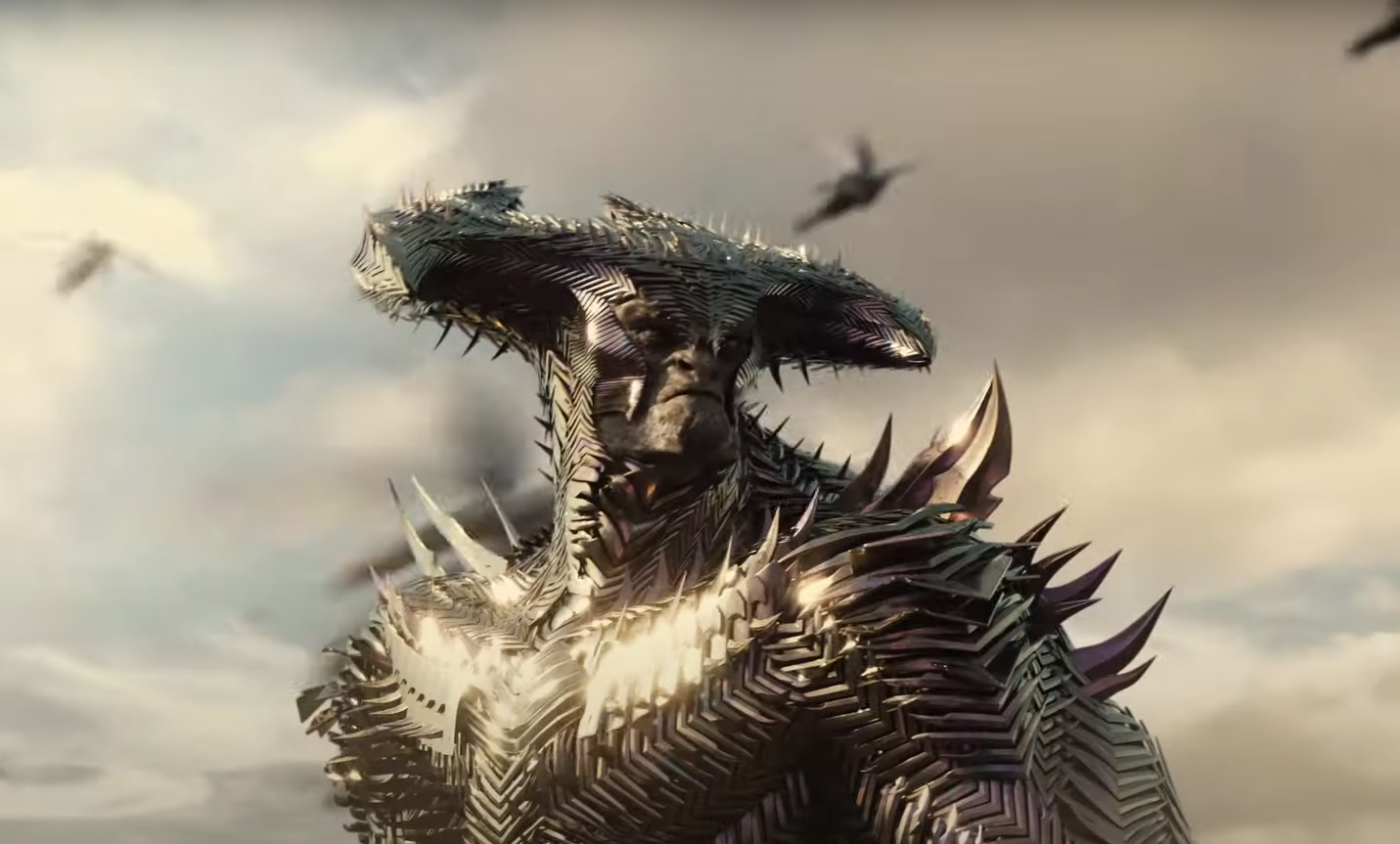 The film gives almost every major character in it their bit of time to shine. Wonder Woman is more fleshed out due to her fellow Amazonians involvement in trying to stop Steppenwolf on his quest for those darn “Mother Boxes”. Bruce Wayne trying to hold on to the little bit of optimism he has in order to rally the League into defeating the threat of Steppenwolf (and possibly preparing for the arrival of alien overlord Darkseid). Visually, Steppenwolf looks much more visceral, and frightening. Wayne’s trusty butler Alfred (Jeremy Irons, HBO’s Watchmen, The Lion King (1994)) being the voice of absolute reason. we even see more of how Lois Lane (Amy Adams, Enchanted) is affected by the absence of the Big Blue love of her Life which leads us to…

The Return of The (Superhero) King 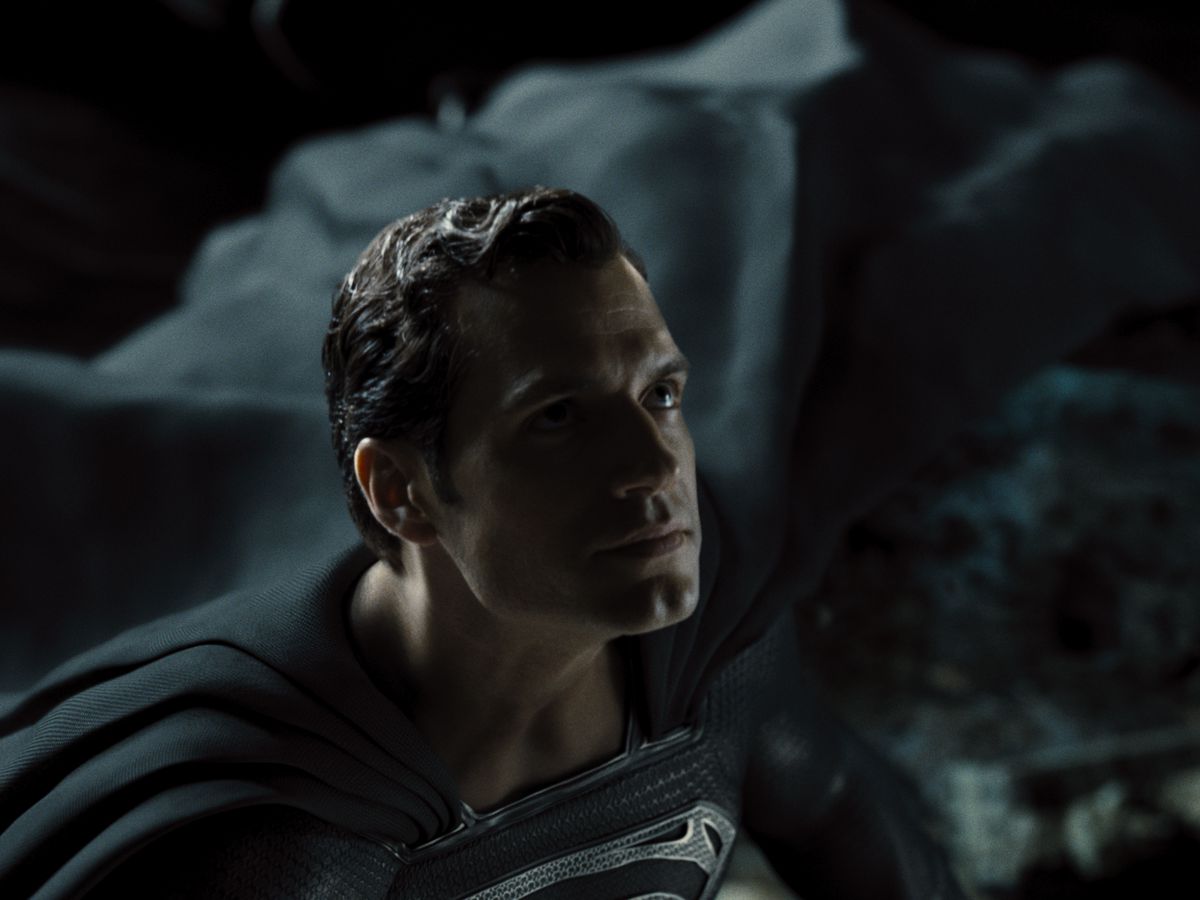 The one sequence from the original film that I thought was the only great Joss Whedon contribution to the theatrical version, actually turned out to be Snyder’s all along– the Superman “wake up” sequence. Henry Cavill sold the whole confused Frankenstein’s monster vibe in this scene, and that stays the same, save a couple of additional shots. There were a few scenes that took me for a swerve when it came to which director contributed which scene in theatrical version. As far as Superman’s development, everything from the theatrical version, is just expanded here.

They Have No Fear! The Amazonian sequence I mentioned earlier– *chef’s kiss*. If Warner Bros. greenlighted a TV show or miniseries dealing with this version of DC’s warrior maidens (with Connie Nielsen back as Hippolyta), I would be totally fine with that. 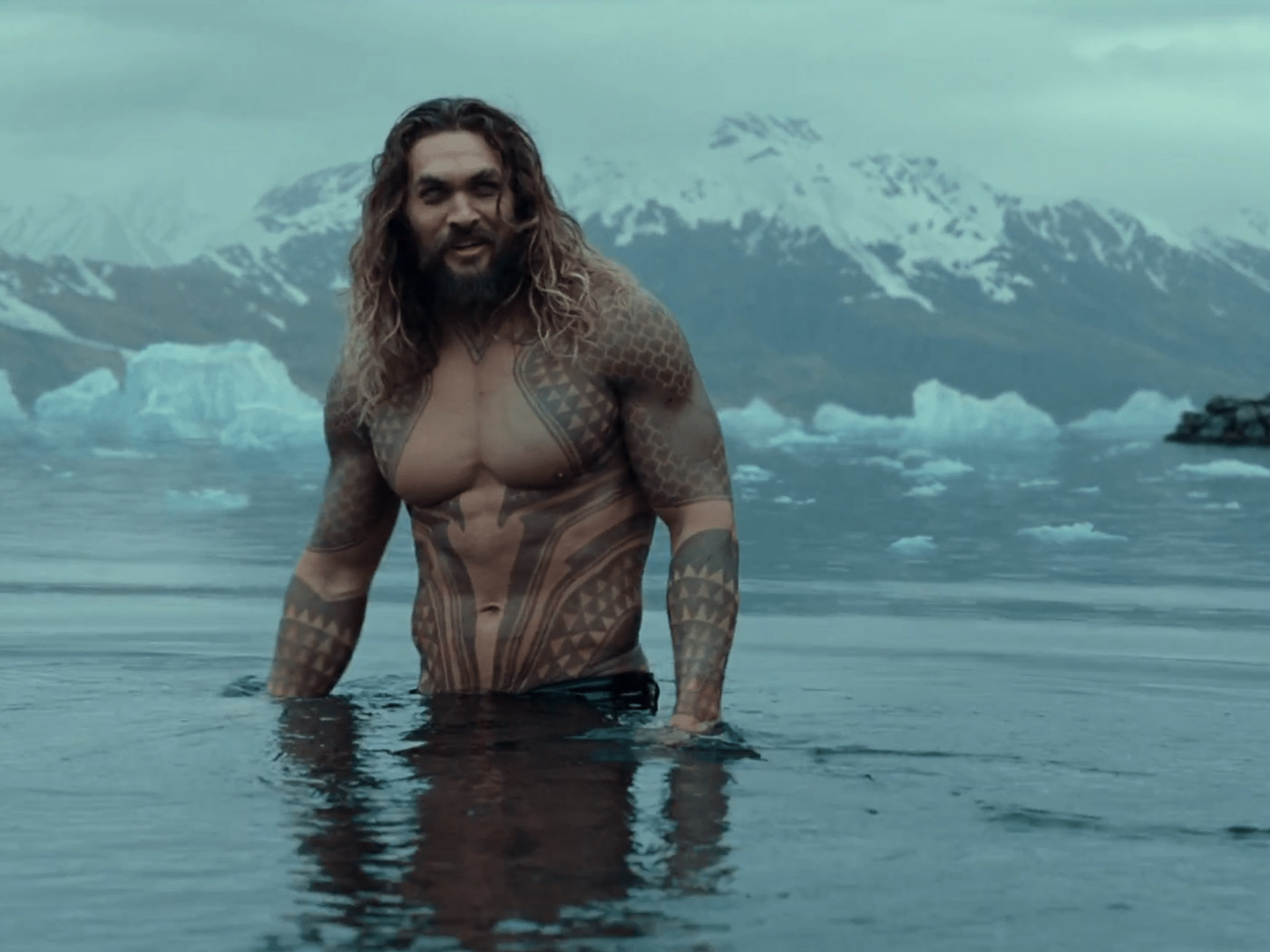 The worst contribution that Whedon gave to the theatrical version was “Dudebro” Aquaman. That type of performance is non-existent in this version, and closer to his portrayal in his solo film, thank goodness.

Zack Snyder should really take it easy on the slow-motion. This is probably the most slow-mo that he’s used in any of his films. It got to be pretty annoying after a while. 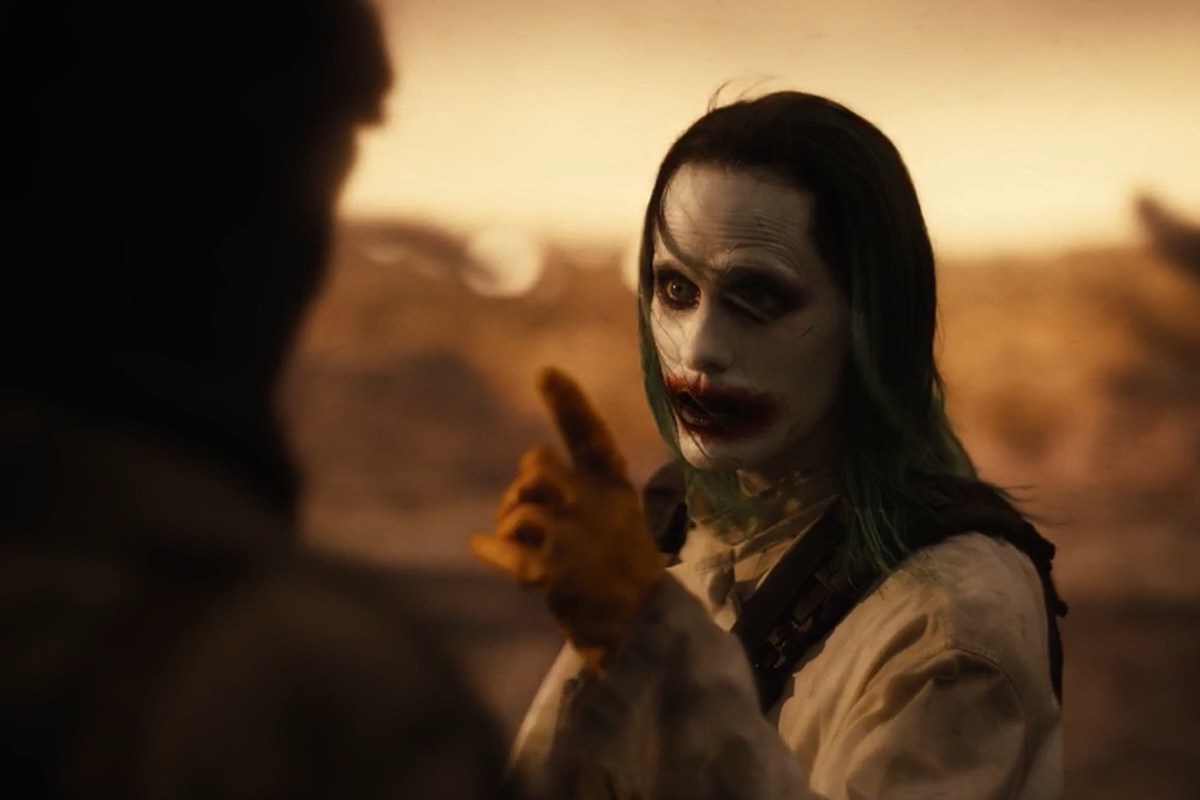 The appearance of Jared Leto’s Joker. Although the dialogue between he and Batman was quite good in this added scene, it could’ve been saved for a short film. I didn’t feel this was needed at all.

In closing, if you didn’t like any of Zack Snyder’s other additions to the DCEU such as Man of Steel, or Batman v Superman: Dawn of Justice, you’re probably NOT going to like this film, despite the surprisingly lighter tone compared to his other work. Personally, I found the film quite enjoyable, and much better than almost-abysmal Whedon theatrical version. In fact, I would go as far to say that Zack Snyder’s Justice League is even better than Joss Whedon’s Avengers films. I’m pretty pleased about the amount passionate fan outcry that caused this all to be possible and for Zack Snyder to finally complete his full vision, especially knowing what he went through while he was filming the original version. I’d like to think that this film did Snyder vision… wait for it…