Yes, I know we are now in the month of March, and I’m probably the only person on the planet still talking about Wonder Woman 1984. So be it, lol.

Here we are, about to go into somewhat of a deep dive into DCEU’s most divisive film since Batman v Superman: Dawn of Justice. Spoilers will be all over this space, so if you want to see this film, I wouldn’t suggest reading this until after you do.

If you’re still reading, that means you’ve already seen Wonder Woman 1984, starring Gal Gadot returning as everyone’s favorite Amazon, who finds herself living in our nation’s capital 70 years after the events of Wonder Woman, while also, keeping it… mostly safe. I’m going to pick this film apart as best I can– from the good, to the bad, to the *ahem* wonderful.

I enjoy the more playful, slightly campy and brighter tone of Wonder Woman’s second go-round– a more blatant and clear throwback to the Richard Donner Superman films starring Christopher Reeve and other adventure films of the 1980’s (i.e Romancing the Stone, Back to the Future). This is the most evident in the opening action sequence in a Washington, D.C. mall giving me Superman II vibes, while the chase sequence in Cairo, Egypt looks like it was practically ripped from a scene in Raiders of the Lost Ark.

Speaking of those action sequences– outstanding, particularly the aforementioned chase sequence, which showed Diana in a dire situation as she is slowly losing her powers. Though I was unaware that she was bulletproof, but seeing her taking a grisly gunshot wound to her shoulder while hopping tanks and military trucks to get to Maxwell Lord actually gave me a slight sense of dread for her. 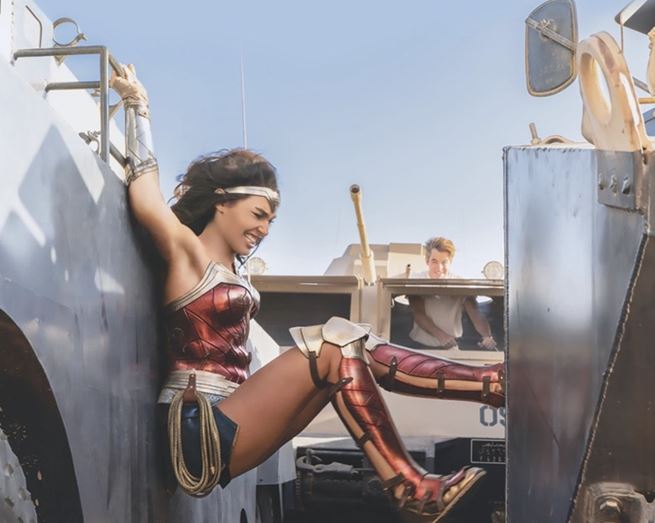 Lord of the Screen

Since I just mentioned Maxwell Loranzano– err, Maxwell Lord, Pedro Pascal’s performance as this interpretation of a classic DC Comics villain is nearly flawless in its own mixture of camp, greed and heart. There are certain similarities to a certain ex-U.S. President, along with him being so entwined (literally) with the McGuffin of the plot, a wishing stone, that it begins to drastically affect his physical health. Despite all of this, he’s just a man who has spent most of his life feeling powerless, and never wants to feel that way again (as indicative through flash backs of his childhood) and most of all, be a father that his own son, Allister (Lucian Perez), can be proud of. Even after gaining an insane amount of wealth and power (he even becomes President of the United States for a hot second) that core of his character would be the main factor to setting Lord on a road to redemption at the end of the film.

Be Careful What You Wish For…

Many people have many complaints about the McGuffin of the film, an ancient stone that grants wishes known as the Dreamstone. Some call it a lazy plot device, but in my view, if you can completely take stock in a golden gauntlet with magical gems that also serve as a a plot device, you can suspend your disbelief for this. (Marvel Cinematic Universe, I’m looking at YOU)

In Wonder Woman 1984, this Dreamstone was created by Dolos, the Greek god of lies, deception and trickery… a Loki of sorts. The Dreamstone has the ability to perform wish fulfilment for anyone that uses it… for a price– that price being that there will always be some sort of consequence. Diana wished for long-deceased love Steve Trevor to return (which he did), but she slowly loses her powers as a result (among other things, that I’ll get into later). Maxwell Lord amasses a nearly infinite amount of money, power and influence, but has steadily increasing health issues. Not to mention, Diana’s work bestie, Barbara Minerva, gains the same level of superpowers as her, however, her sense of empathy (and human appearance) goes out the window.

There’s a couple of really clever introductions of two of the major staples Wonder Woman lore– The Invisible Jet and Diana’s famous power of flight. After Diana and Steve hijack a jet from a landing strip nearby the Smithsonian and after a convenient on-the-fly backstory about how Zeus kept the Amazons hidden and voi’la! Diana made the jet disappear in the exact same way.

Towards the end of the movie, Diana, due to a kick start by using her lasso to attach to clouds, she gains the power of flight and has a moment of clarity flying amongst them, ala, Superman: The Movie. 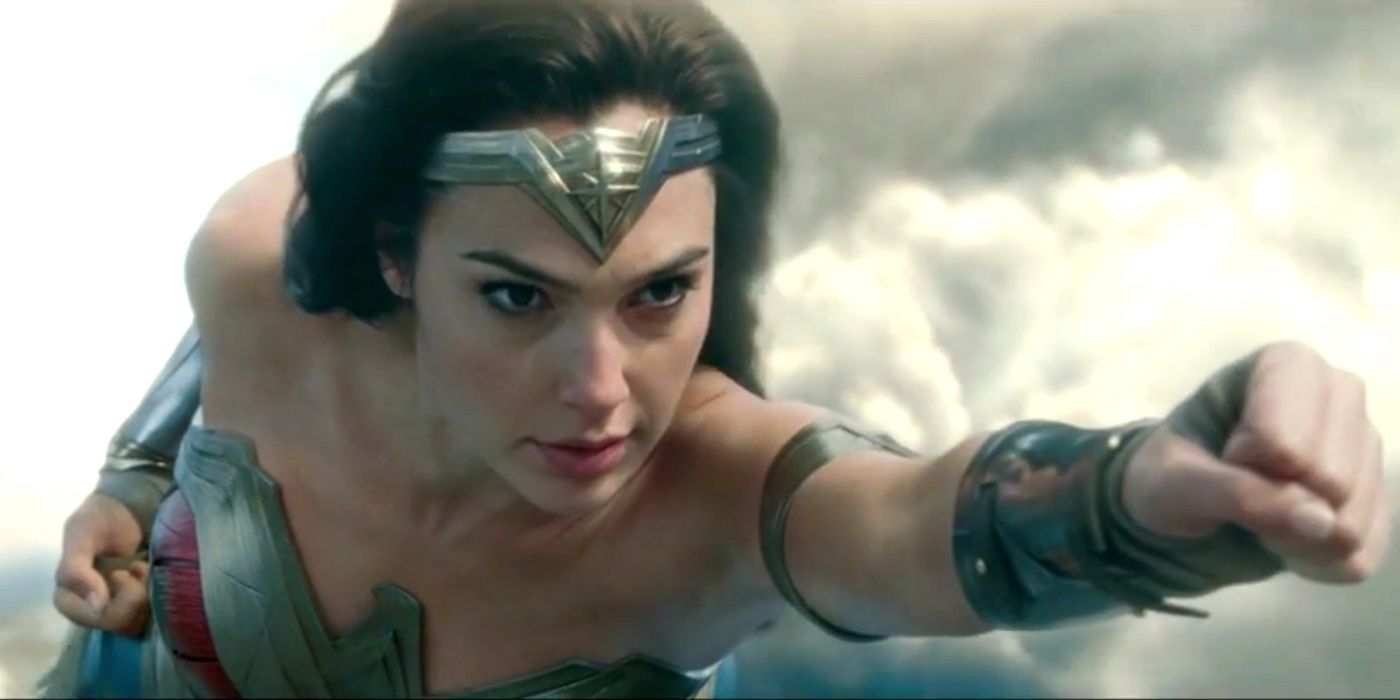 Kristin Wiig’s performance as Dr. Barbara Minerva, and later her alter ego, Cheetah, was really good, even with the whole 1980’s done-to-death “Geek to Chic” trope that she embodies. Cheetah has always been Wonder Woman’s number one villain in her rogues’ gallery, and this film’s advertising implies a big role for her, however, there’s one problem:

SHE’S BARELY IN THE MOVIE. Maxwell Lord is clearly the main villain of the piece. With that aside, the character of Barbara Minerva/Cheetah shouldn’t be playing second fiddle to anyone when it comes to taking on Diana, her greatest foe.

As you well know, Wonder Woman 1984 sees the return of Chris Pine as Diana’s one true love, Steve Trevor. Before we dive in the strange logistics of that, let’s talk a little more about 80’s movie tropes.

Throughout the 80’s there were some movie tropes that you were likely to come across no matter what genre you were diving into. You had tropes that such as the aforementioned “Geek to Chic”, when someone, usually a woman goes from being shy, awkward, and looking stereotypically “nerdy” to looking strikingly attractive to nearly every man on screen, even to the point they are fawning over her to almost… low-key disturbing levels. Or, you have the trope of a supernatural or magical object that ends up causing a lot of mayhem to the world at large (Supergirl (1984) or ANY Indiana Jones film, anyone?). You also have the classic trope known as the good ‘ol body swap. Films such as Tom Hanks’ Big and both versions of Disney’s The Parent Trap displayed this trope pretty delicately and with quite a bit of care.

Though this film displays all of those tropes, it unfortunately gives us the worst version of one of them.

This is the point of the review where I have to give a trigger warning– for sexual assault.

The worst possible version of the body swap trope takes place after Diana very low-key uses the Dreamstone to wish for the return of her long-deceased love Steve Trevor. As a result, he would return from the grave, but not in a way that nearly anyone would like.

While attending a large party thrown by Maxwell Lord, Diana (wonderfully wearing a white dress) is approached by someone who, at first, looks like a stranger. However, it turns out to be Steve Trevor– Diana’s low-key wish worked… sort of. As a consequence for said wish, Steve’s consciousness is in the body of another man, who is actually living in D.C. This would all be well and good if Diana didn’t get intimate with him. Yes, all she could see was Steve Trevor’s essence, but the fact remains, she sexually took advantage of another man’s body… a man that couldn’t consent. This take on the body swap trope is disgusting and vile. Diana of Themyscira is many things, but I never thought she would be a perpetrator of rape. Though I enjoyed the rest of the film, my enjoyment will always tainted because of this terrible and lazy plot point. 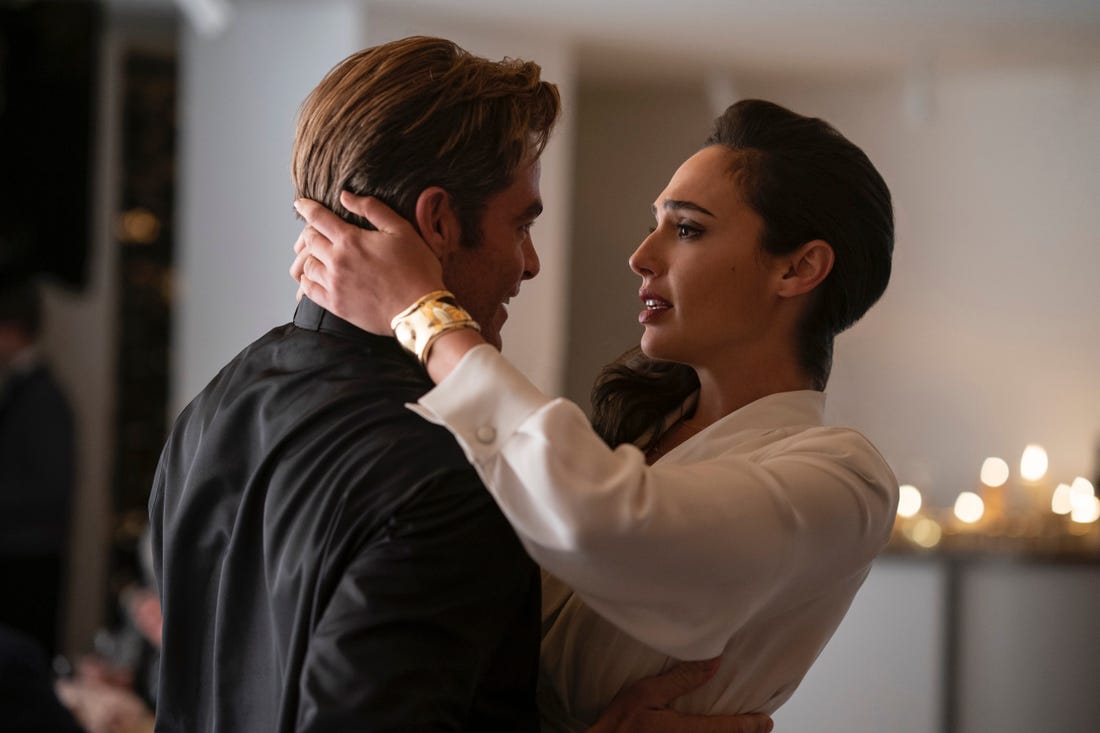 Now, we move on to the best part of the entire movie: Oscar-winning Composer Hans Zimmer’s score, which I feel is his best work since 2014’s Interstellar. Don’t believe me listen to a couple of my favorite tracks: (Fun fact; he is the first film score composer to have written score for all three members of DC Comics’ trinity– Batman (The Dark Knight Trilogy), Superman (Man of Steel, Batman v Superman: Dawn of Justice), and now, Wonder Woman 1984)

Now, you’ve seen for yourself why I gave Wonder Woman 1984 the three stars out of five rating that I gave in Diana Goes To Washington, part 1, and why I don’t have a full on hatred for it as a whole, compared to most people that watched it. Like I said in part 1, I would’ve rated it much higher if not for THAT scene.